Here's a continuation of the last blog post .
I didn't plan to keep the update this long.
Life happened.
Sorry guys.


I came up to see the parents 'from the dead'.
The couple came with the wife's sister.
Without asking any questions initially I needed no one telling me they were her parents.
The girl was a replica of her mum.
We asked her,babe who are these people to you.
And she said "my mummy and my daddy and my aunty"

At this point I didn't know whether I was angry, confused or...really I just didn't know. kinda felt like I was in a life nollywood studio.
Nurse B had already plucked a long cane on our way up.

I asked the mother for her side of the story.
She said the girl was playing out side, and she went o call her to get ready to go to church. She had a recital in church the next day and needed to practise. Little babe wasn't happy to have her play interrupted and said she wasn't going to church. Her mum went in to get her bag and when she came out,she didn't see her daughter.
She searched high and low around the neighborhood, walked down to the road, alerted her husband who was in the house too...they kept searching all afternoon till they got the call from their elder daughter.
Their eldest called asking of her younger sister, and was told about the search going on. She went on to tell her parents about the call she got, that her sister was in our facility.
That's how they came to us, to meet their daughter sitting comfortably with the nurses.

Then we told them her tale.
Gift's tale.
Yeah, her name was Gift.
How a pretty little girl spurn such tale still amazes. me.
The father just starred at her with disbelief and shock (I believe) over his face.
The mother looked like she would break her into two.
The Aunty raked and ranted and panted. She was so pissed at the girl.

Okay, so Gift, why did you tell such a story.?
Oh..she didn't want to go to church for the recital..
..her mum blamed her if anything got spoilt or broken in the house
..her mum flogged her is she made a mistake or did something wrong
"Did your dad also blame or beat you?"
"No, I like my daddy very well..he doesn't shout at me or beat me " Gift said

Short story....there was some making up, contacts taken and the family left.
And they lived just a street away, not the Jerusalem madam Gift had said.


Two days ago a driver ran a tyre across the leg of a boy and they came our place. On asking some questions, he said he was a 17yr old orphan and hustler...he gave a tale..it reminded me so much of a recent tale.
And his name was Gift.

I was lying down, willing my lazy self to go wash my hair and do some other things I wanted to do when Nurse B's call came in.  She said a little girl came to the facility and wanted to go to an orphanage. She wanted to take the girl to the nearby Wazobia FM but thought to call me first.
The gist sounded 'one kind' so I told her to chill, lemmi come meet them and hear it well.
I swung outta bed, put a jacket on and went out.

I walked into where they were and saw her.
She was seated in a white plastic chair, calm and all.
Being that I had heard orphanage, I had kinda thought I will see a scraggly looking kid, looking malnourished or with some physical evidences of maltreatment .
It was the opposite. She was clean, well dressed, neatly made hair, spoke sharp English, was smart!

I sat down and asked her story.
And the evening tale began. 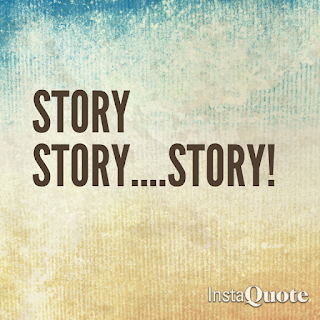 She said she was a 10year old orphan.
That her parents had died in a car accident on the 28th of march 2015  and she now lived with an Aunty in a place called eliparanwo. She had run away three
days ago cos the said Aunty didn't treat her well. She had a sister who was 20 years old but had not seen the sister nor any of her relatives since after the parents died. She was also in the car when the accident happened but she survived and the parents died on the spot.
After she ran away, she met another Aunty close to her school (which she said she had stopped since march).   The Aunty took her in these past three days.. this new Aunty lived a close distance from our facility so she came to see/find out if it was an orphanage cos she remembered passing in front of it with her parents and seeing children in the compound.

I asked more about her sister. And she went on to tell us her profession and where she worked.
At this point Dr K a friend of the facility walked in and we summarized the story  for him. Fortunately he said he knew the owner of the establishment the elder sister worked and called him to contact her to come down to where we were.

I sat churning all she had said in my mind but there were still some holes and patches which didn't add up for me.

So we sat waiting for the elder sister to come.
I decided to leave and go do some stuff.
It wasn't quite 10 mins I left, nurse B was calling again.
That the parents of the girl were around.
My reply...
You say??

Thankful For The 'Lil' Things

It's so easy to belittle some BIG blessings.
I have being guilty.
Most times we don't know they are blessings until we loose them.
We just regard them as the lil things.
It's normal to first remember and be thankful for the big things,but be thankful also for the seemingly little things.
#DailyThankfulAttitude

Sometimes it takes seeing or hearing someone's experience to buzz our gratitude button.
Today I choose to be openly grateful..

That I can see
(and appreciate the life around me)

That I can breathe
(without aid or paying for oxygen)

That I can walk
(unaided, with so much freedom)

That I can hear
(for the beauty of conversations, for music..)

That I can't use the toilet ,do all my business there with ease and all by myself
(seeing someone in great pains of acute urinary retention, will no doubt make one thankful)

That I got an education -primary,secondary,tertiary..
(thousands if not millions never got this opportunity)

That I have food and can eat
( some have food but cannot eat, some can eat but have no food...)
I once met a young man who had a condition and couldn't even comfortably swallow water..not to talk of semi solids or solids.

The list is inexhaustible.
Once I want to start complaining about something, I pause..
..and start being thankful even for having the opportunity to complain..
..a dead man has no complaint.


Everything doesn't have to be perfect before we remember to be thankful.

Start by being grateful for that imperfection.
I came to learn that ....and I have seen things I had thought to be imperfect blossom into beautiful things. 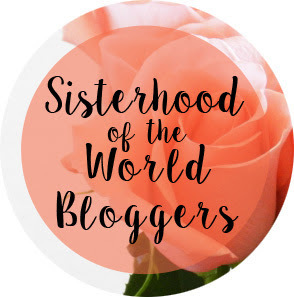